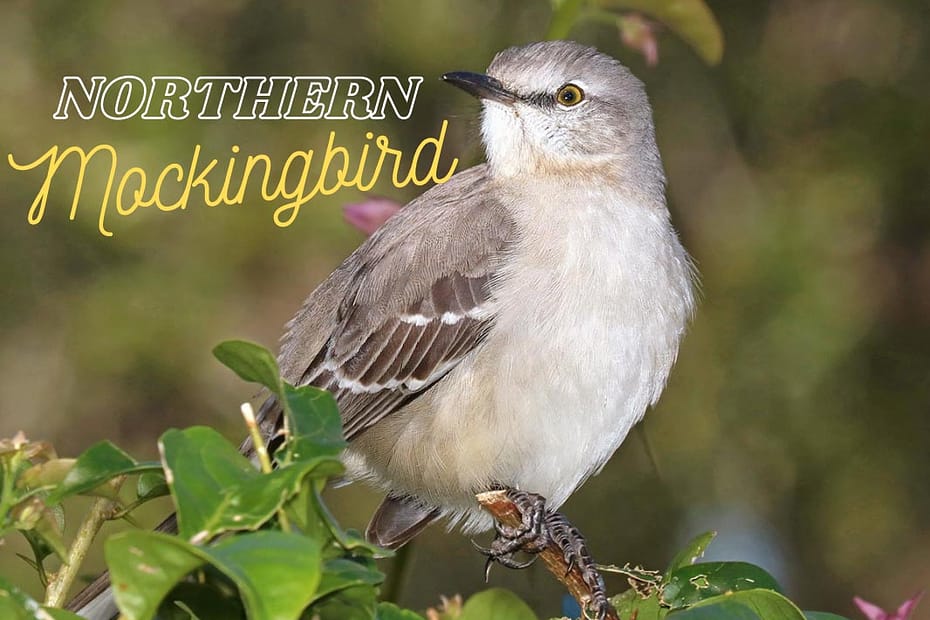 The Northern Mockingbird is a bit of an iconic North American species. With its familiar night song, this is a bird that can easily be around without you otherwise knowing until you hear those telltale nocturnal calls.

Male Northern Mockingbirds are among some of the best North American bird singers. Their repertoire of sounds and calls learned from other birds (more than 50 species have been recorded mimicked by Northern Mockingbirds), and their own original song, make them a real treat for the senses if you get them in your yard.

What sort of habitats and gardens are friendly to the Northern Mockingbird?

These birds like density and places to feel safe and search for insects. Bushes and shrubs, hedgerows and trees where they can perch high and call. Mature males in their prime have the best song, attracting females with their impressive calling which can go on for twenty minutes or more.

You can find Northern Mockingbirds virtually everywhere throughout the United States year round, including throughout Hawaii and sparsely recorded across southern Canada. Despite the name “Northern” this species is also often recorded through parts of central and westernMexico. This is one of our most widespread birds and they may be ranging further north as time goes on.