Have you spotted a gray bird with a red head somewhere in Pennsylvania? Can’t figure out what species this could be?

A bird with a red head grabs your attention, and the good news is that a bird with this coloring can be one of the easy species to identify.

Most birds with a red head are passerine birds – the songbirds that might visit your garden or you come by in the woods. One exception is the Redhead duck that has a red-brown head and partially gray body.

Two very red species in PA are the Scarlet Tanager and Northern Cardinal, but these are highly unlikely to be mistaken for having a gray body.

The widespread House Finch male has red coloring throughout the head and down to the breast and abdomen. When viewed from the back, the bird can appear gray. An adult male House Finch (Haemorhous mexicanus) is a likely candidate for your red headed gray bird seen in PA.

The Purple Finch is far more colored throughout including on the back, unlike the House Finch, which makes it a more unlikely candidate for your ID.

Finally, we have the Common Redpoll to consider. This bird has a small amount of red on the top of the head, and some mottled red feathers throughout the breast. Viewed from behind, the Common Redpoll could be described as gray in color.

So which bird species is the most likely ID for the mystery grey bird with a red head that you’ve seen in Pennsylvania? The three most likely candidates are:

The House Finch is the species that comes as close to meeting this description as possible. If you viewed this bird from the back, it can appear gray and the vibrant red head is unmistakable. 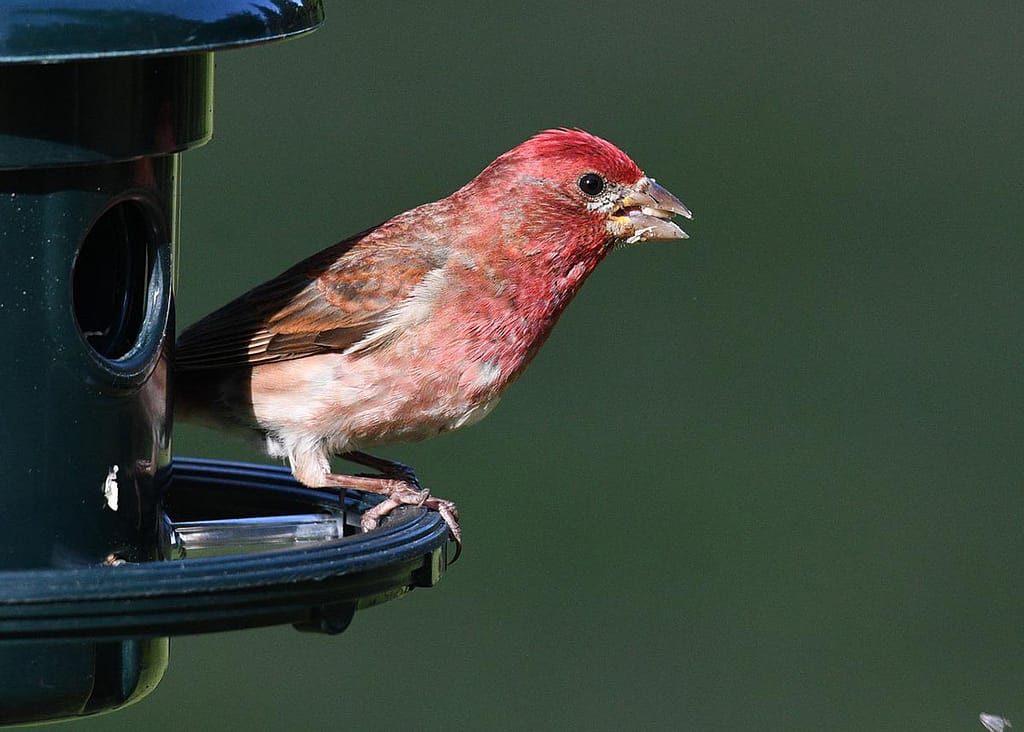 This bird could easily be described as having a red head and a gray body, especially if your sighting was of the back of the bird.

The most unlikely of the three because this woodpecker isn’t what we’d call gray, but it certainly has a red head.